The Senate Finance Committee issued a letter to the HHS Office of Inspector General (OIG) requesting that the OIG investigate the growth of physician owned distribution companies (“PODs”) to distribute medical devices.

The Senate Finance Committee’s inquiry is in response to the proliferation of PODs and the possible violation of fraud and abuse laws.

A POD is an arrangement under which physicians invest and own an entity used to distribute medical devices to physicians and hospitals for use in surgery. Almost five years ago, the HHS OIG stated its concern that “[g]iven the strong potential for improper inducements between and among physician investors, the entities, device vendors, and device purchasers,” the OIG believed “these ventures should be closely scrutinized under the fraud and abuse laws.” The Centers for Medicare and Medicaid Services (“CMS”) has expressed similar concern. 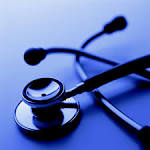 Given the significant increase in the number of PODs, especially in the last two years, and the continued uncertainty surrounding their legality under existing laws, the Senate Finance Committee requested the OIG to examine the issue, provide additional guidance on compliance with existing law, report back to Congress and recommend potential changes, if needed.

The Senate Finance Committee also noted that OIG’s failure to release any guidance or conduct any enforcement actions in this area was allowing the practice to continue to grow in a haphazard way which could ultimately raise health care costs and lead to overutilization.

The Committee’s Report and the letter are located here.

The Senate Finance Committee requested that the OIG report back to Congress on this issue not later than August 12, 2011.